Akhilesh was born on 1 July 1973 in Saifai, the village of Etawah District, Uttar Pradesh. He was born in Yadav family. His mother name is Malti devi and father name is Mulayam Singh Yadav. When he was born, Malti devi suffered complication to give him birth. That situation pur her in vegetative state and she died in year 2003. He was grown up mostly with his paternal grandparents. Akhilesh completed basic school education in his villege Saifai and then went to Etawah for further study. He completed his higher education from Militry School, Dholpur, Rajasthan. After that he moved to Mysore (Karnataka) to get the bachelor degree in Civil Environmental Engineering. He completed this degree from Sri Jayachamarajendra College of Engineering, Mysore. Then he went to Australia for get the master degree and he completed master degree in Environmental Engineering from University of Sydney. During the studies at the Australia, Akhilesh became quite passionate about music and used to listen songs by Guns N’ Roses, Bryan Adams and Metallica.

In his personal life Akhilesh married with Dimple Yadav on 24 November, 1999 and couple blessed with two daughter Aditi and Tina, and one Son Arjun.

Beside political life, Akhilesh loves sports very much. He often plays cricket and football. Akhilesh is one of the expert socialist and give long and breadth speech about various social issues. He is one of the ardent follower of Ram Manohar Lohia (Great Socialist of India). 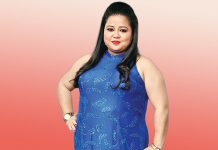